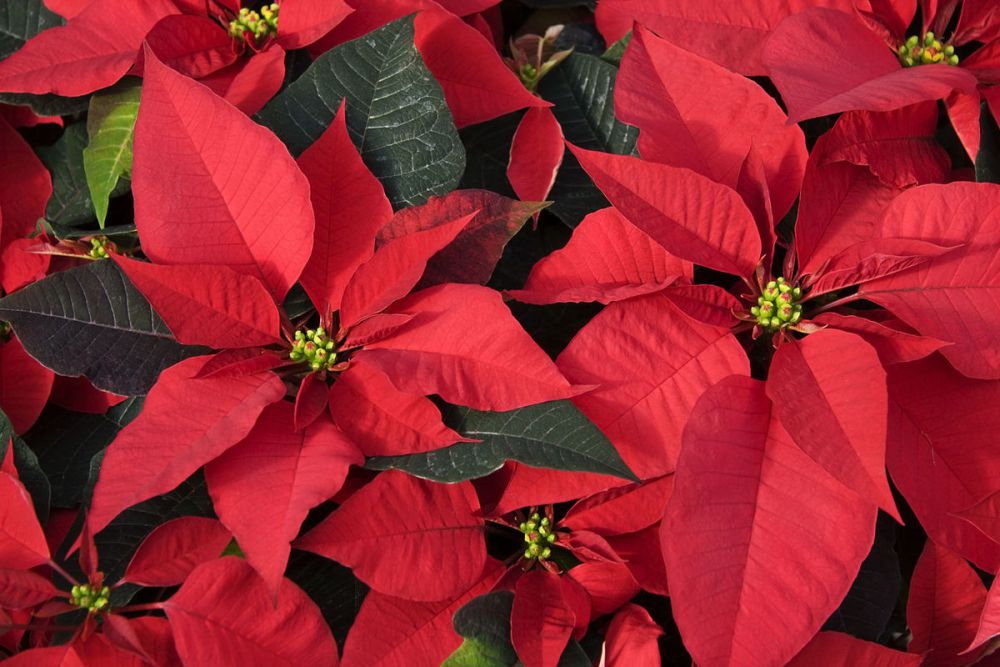 Christmas in Mexico starts with the procession of posadas around the 16th of December every evening until Christmas Eve. Posada is Spanish for Inn or Lodging and it is when the people from the community guide their pilgrimage through the streets accompanied by Saint José and the Virgin Mary with candles and songs while going from Inn to Inn until arriving at their desired home. Posadas are the representation of the suffering and hardship that the Vigen Mary and San José went through as they searched for a place to stay on their way to Belen to give birth to their child. 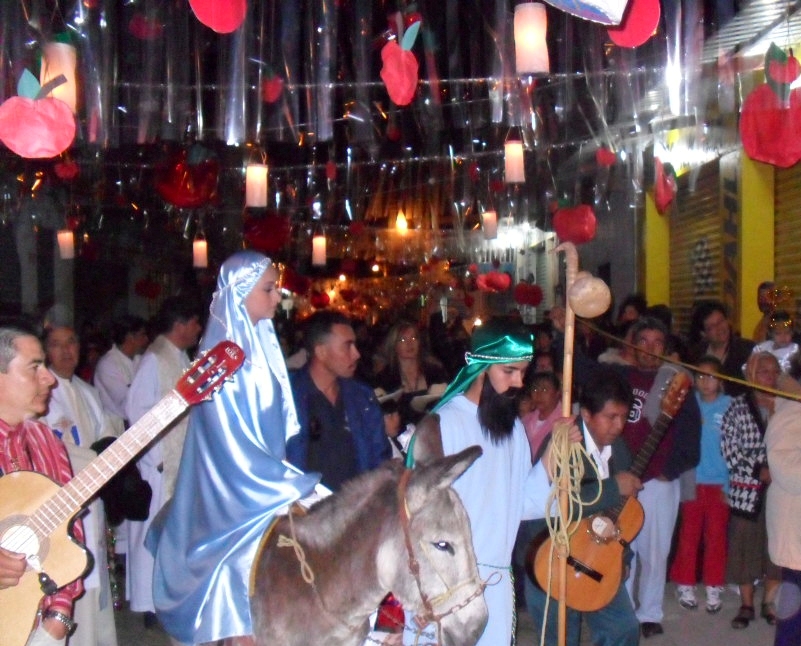 Once inside the “posada”, there is a party hosted inside with food, drinks, and a traditional piñata in the shape of a Christmas star which they must break to reveal and take the wonderful goodies within. 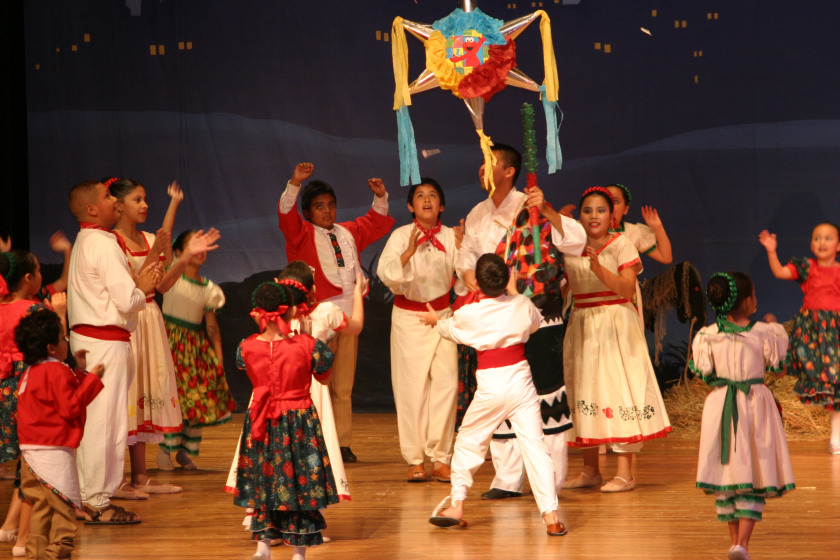 Everything about the piñata has a representation in Mexico, from the star itself to the candy it will eventually release. The piñata, with its bright, happy, colors, and its seven tips, represents the seven capital sins. The act of hitting the piñata represents the strength God gives to man to end with Sin. The person attempting to break the piñata has his or her eyes covered to symbolize how people walk blindly in the world, and the sweet moment of victory when the candies fall to the ground is the representation of the rewards God grants his children for defeating Sin. 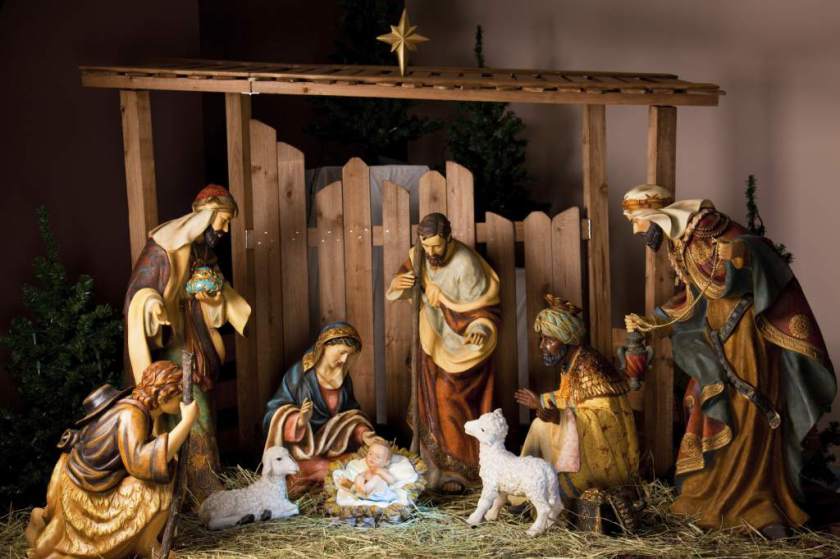 Unlike most cultures around the world, in Mexico, presents aren’t placed under the Christmas tree but beside “El Nacimiento”. The tree wasn’t even that popular in Mexico until recently. El Nacimiento is a crib scene depicting the birth of Jesus in Bethlehem, and the visits of the Shepherds and the Three Kings. The crib, parents and animals are placed on December 16th and aren’t removed until February 2nd, but “el niño bebé” (the baby boy) is not put into his crib until midnight of December 24th, and The Three Kings stay hidden until January 5th to celebrate Epiphany. 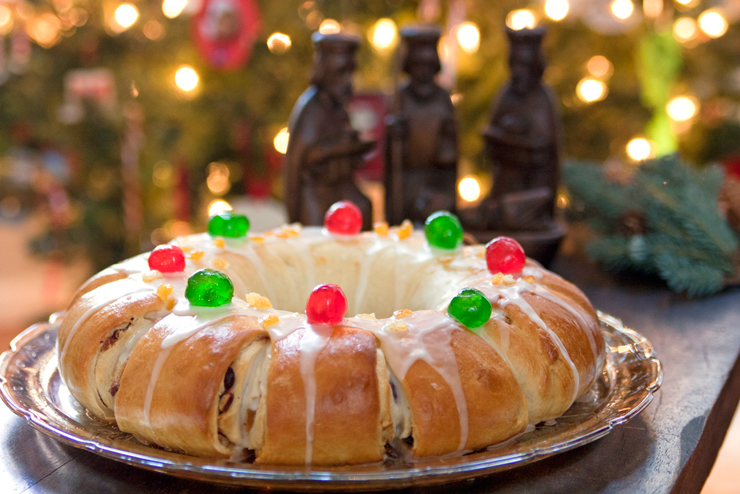 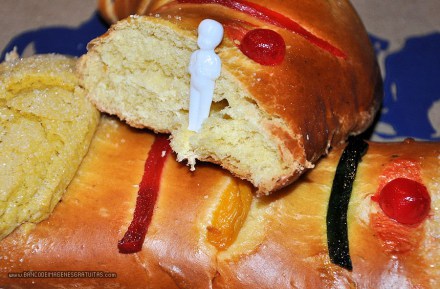 It is a custom in Mexico to eat a special round bread called ‘Rosca de Reyes’ (Three Kings Cake) on Epiphany. A small, plastic figure of Baby Jesus is hidden inside the pastry and no one knows where it is until the bread is sliced and distributed amongst the whole family. Whoever ends up with the baby Jesus in their slice is the ‘Godparent’ of Jesus for that year and must bring tamales the following year to share.

Tamales are a mixture of corn dough (masa) and filling wrapped in a banana leaf or corn husk and then steamed. In Mexico, tamales are considered one of the most beloved traditional foods, eaten at both breakfast and dinner with a side of hot “atole” which is a thick, corn-based beverage prepared with chocolate, berries, almonds, rice and many more. There is no Christmas party in Mexico without tamales and atole! 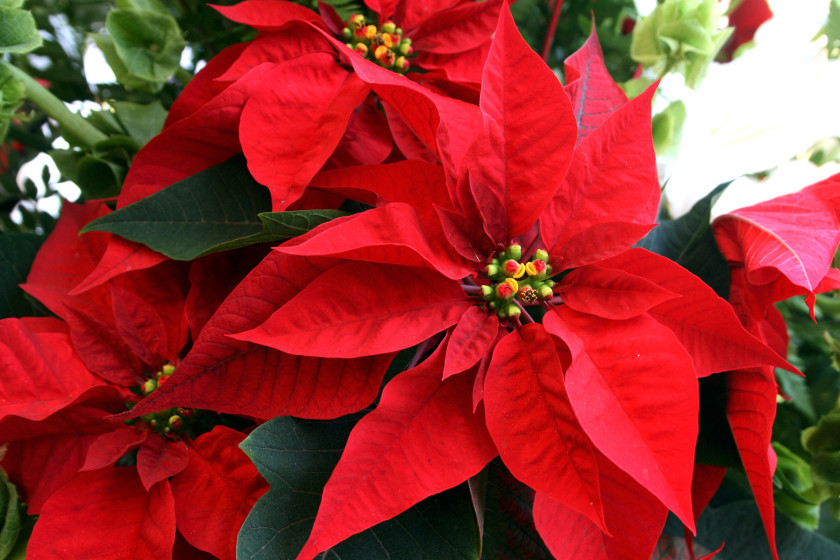 Christmas Eve in Mexico is known as ‘Noche Buena’ (“the good night”, and also the bright red leaves that decorate the streets and homes of Mexico called poinsettia in English) and is the day the family gets together to feast after the final posada. At midnight, many people go to a Midnight Mass service, known as the ‘Misa de Gallo’ (which means Mass of the Rooster as people are up early like Roosters!).

Another common activity during the month of December is the “Pastorelas” which are a traditional form of Christmas entertainment in Mexico. Pastorela means ‘little shepherdess’ and these were traditionally Christmas plays about the story of the shepherds who came to visit baby Jesus. The tradition has grown into more humorous stories of the eternal struggle between good and evil. 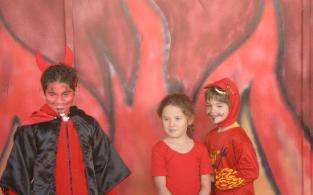 Here is a picture of me whan I played the star in my school pastorela years ago. Not the star of the show, but the real, five pointed star in the sky that guided the pilgrimants on their journey. 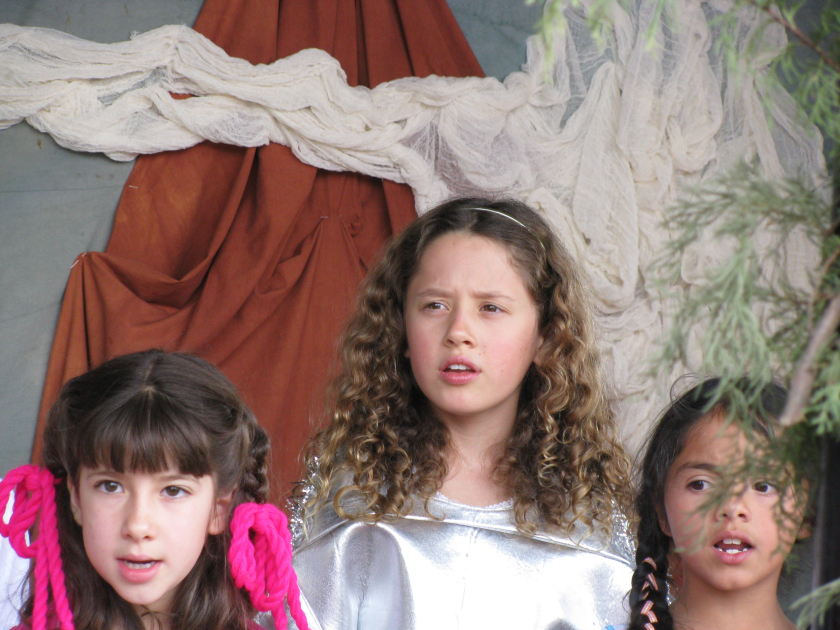